A reposted article
by Jenny Harrison

“In one survey, respondents listed Princeton as one of the country’s top ten law schools.The problem? Princeton doesn’t have a law school.”
~~Alexandra Robbins 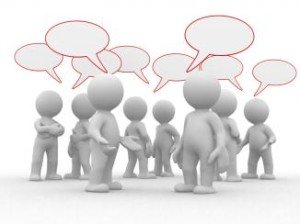 As unbelievable as that sounds, according to Wikipedia, The Law School at the College of New Jersey (now Princeton University) was a department of Princeton University from 1847 until 1852. So why do so many people, including law professionals, believe the program continues to exist? Maybe because other major Ivy League Universities have prestigious law programs, and it is assumed by the public that Princeton would not be an exception.

Sometimes, like the law school poll, opinions are misleading. Some opinions can be devastating when they come in the form of hurtful words that we interpret as proof of our unworthiness. Other opinions may not include hurtful words and are well intended but misguided.

Several years ago, I had the pleasure of meeting a young man who was extremely talented and received numerous significant awards in his area of expertise. He was strongly encouraged by teachers, family, friends, and other professionals to pursue his talent in college. It was their opinion that he should explore careers in which he could excel in his particular area of knowledge.

As his Senior year came to a close, I saw the student become increasingly despondent and withdrawn. After talking to him at length, I found out that a career in this particular field was not his desire. There were several other areas he wanted to explore as a career option, however, he feared disappointing the family and educators who had mentored him over the years. Because he was scared to tell anyone how he felt, his plan was to go through the motions and avoid strife. This was unfortunate because his dream was one that would not bring him recognition or abundant monetary gain, but he would be happy and make a difference in many lives.

How many reading this can relate? Have you ever sat in a classroom or meeting and chose not to ask a question or share an insight with a group of people because you had a sinking feeling you would be laughed at or ridiculed?

I wonder how many plans, dreams, or inventions have been dashed due to the short-sighted, limited view of man and public opinion?

Today, I challenge each of you to look past skewed and faulty public opinion and the narrow human view. I encourage you to fall to your knees and have honest communication with your Heavenly Father about His purpose and plan for your life. Isn’t it time to get off the public opinion roller coaster and live life to the fullest? 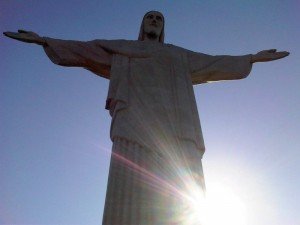 For I know the plans I have for you, declares the Lord, plans for welfare and not for evil, to give you a future and a hope. Then you will call upon me and come and pray to me, and I will hear you. You will seek me and find me, when you seek me with all your heart.
Jeremiah 29:11-13 (ESV)