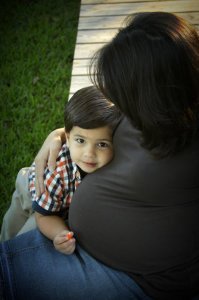 Gina and Bryce right before Jayden was born.

Standing by the kitchen table, I paused for a moment to observe my pregnant daughter while she perched on the edge of the big brown chair in her living room reading the Bible. Rubbing her growing abdomen with her left hand while holding the Bible in her right one, she seemed to be unconsciously attempting to transfer strength and love to the precious little boy she was carrying. Outwardly she appeared calm and collected, but upon closer inspection, the strain and concern could be seen in her eyes and around her mouth. With her delivery date near, we were all becoming more anxious with each passing moment. The doctor had told us that baby Jayden would be fine until his birth, but at that moment, the problems would begin.

Months before, the sonogram that had been administered during the twenty-first week of my daughter’s pregnancy revealed the crushing news that her baby boy had a serious heart problem which would require open-heart surgery soon after his birth. Even though the news was difficult to process, we learned what a miracle it was that the sonogram technician had detected the defect at such an early stage. In most cases, this condition called Transposition of the Great Arteries (TGA) is not found until shortly after the birth of the baby.

It was a blessing to have the time to prepare for his arrival as a change of both doctor and hospital was necessary. Also, it gave me time to make arrangements for my mother’s care as I would be needed to stay with the baby’s two-year-old big brother while my daughter, son-in-law, and the baby were at the hospital.

When my daughter, Gina, and her husband, Bryan, learned that their baby was a precious little boy with a heart problem, they wanted to choose a special name for him. Research revealed that the name “Jayden” means “God has heard,” and Jayden Lee, his full given name, is taken from the names of his great-great grandfather, his great-grandfather, and his grandfather. Their thoughts were to give him as much strength and family support as possible. 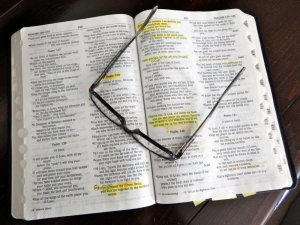 During those months of waiting and dealing with the dark clouds of emotions, I watched my daughter and son-in-law grow a faith and maturity in God that was, and still is, rock-solid. Scripture reading and prayer time had always been prevalent in their home, but these spiritual-growth times increased during those anxious days.

The communication between the two of them was open and clear, which was inspiring to witness. They planned and talked quietly together, researched, questioned the doctors to make sure they understood as much as possible, while their faith and trust in God grew, and became a shining example to others. 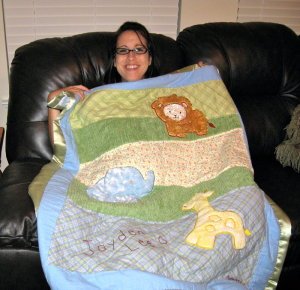 Psalm 139:13-14 reads: For you created my inmost being; you knit me together in my mother’s womb. I praise you because I am fearfully and wonderfully made; your works are wonderful, I know that full well. These verses were read and quoted often. I made baby Jayden Lee a quilt and embroidered his name and that scripture on it for him to have while in the hospital. I wanted him to have a keepsake showing that he was loved and treasured long before his arrival.

Numerous echocardiograms were administered throughout the pregnancy which proved difficult for Gina. The tests were physically painful, but more than that, they were highly emotional. She bravely endured each one doing anything and everything she could to help her little one. With her diligence in following the doctor’s instructions and God’s blessing, Jayden grew and progressed until the latter weeks before his due date. It is normal for heart-patient babies to stop gaining weight—and sometimes even lose some— toward the end of the term. We were thankful that Jayden’s weight did not decrease even though his growth was minimal at that point.

God was also working in our lives, teaching us patience, faith, trust, hope, joy, and love through the baby boy growing inside my daughter. His presence was felt every day, and we were grateful to have Christian brothers and sisters walking with us during this stressful time. Their help and comfort was immeasurable.

It was the morning of November 3, 2009 that we gathered in the small waiting room of St. Luke’s Hospital in Houston, Texas. Grandparents, aunt, and friends of the family were there. A few spoke in whispers, some stood, while others sat in chairs as we waited for Jayden to be born. We prayed aloud and silently. “What-ifs” raced through my mind, and I turned to God again for strength to quieten them. Our special friends, James and Keitha, talked with us to help ease the tension.

Helen, my daughter’s friend who is a labor-and-delivery-room nurse, arranged her work schedule to be Gina’s nurse during the delivery. As well as assisting the doctor, Helen comforted Gina by explaining what was happening, calming her nerves, and offering encouragement. 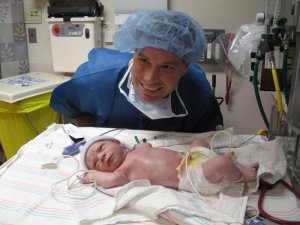 Jayden with his Daddy.

At approximately 9:00 a.m., Bryan appeared around the corner with a huge smile on his face and announced that Jayden had arrived and that he and Gina were both doing well. Hallelujah! He weighed six pounds and ten ounces which was a great size for a baby with a heart condition. To our pleasant surprise, we were permitted to see him for a few minutes. What joy to see our special baby boy looking around at his new surroundings!

Baby Jayden Lee was moved to the Cardiovascular Neo-natal Intensive Care Unit of Texas Children’s Hospital which was connected to St. Luke’s Hospital by a long hallway. Gina was able to make the trek by wheelchair to visit her baby boy while she recuperated from his birth.

The doctors had told us that if all went well, Jayden’s open-heart surgery would probably occur when he was five days old. The waiting began, the prayers continued, and we praised God for a safe delivery. 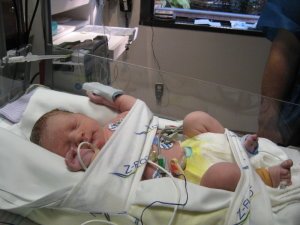 (Part 2 will be posted tomorrow.)