Dear Readers,
Thank you very much for all your prayers on behalf of Jennyʼs niece, Megan, and Freidaʼs son, Jeff, (who is also Jennyʼs nephew). Our amazing God is listening, and we appreciate each and every prayer that has been offered up for our loved ones. The following is an update:

The following is a letter written by Megan Stewart:

Good morning,
My doctor from MD Anderson called last night and informed me that I do not have cancer. The biopsy results took so long because they had to have a team of pathologists study my file. Their diagnosis is a Desmoplastic Fibroma, a benign tumor that attacks the bone. The doctor said that if we did not find the tumor until a year from now it would have had the chance to metastasize and turn into cancer. In the next 2-3 weeks I will have major reconstructive surgery on my bone where they will remove a large area of the bone above and below where the tumor is and replace it with cadaver bone and plates. The surgery will be performed by the Orthopedic Specialist and a team of plastic surgeons at MD Anderson and I will have to stay in the hospital for 10 days to have skin grafted onto the area and ensure it does not get infected. The recovery time is about 1 year in which I will have to stay off of my leg using either crutches or a wheel chair. The best part is I will not have to have any chemotherapy or radiation!

Thank you for all of your prayers, thought, emails and phone calls. I could not have asked for a better support system! 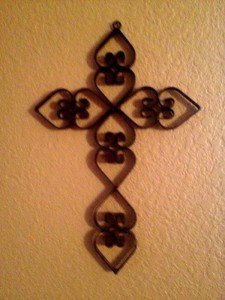 ***Desmoplastic fibroma is an extremely rare tumor with less than 200 cases in the published literature. It is a slowly progressing tumor with well-differentiated cells that produce collagen. This benign tumor is characterized by aggressive local infiltration. The most common site is the mandible, followed by the femur and pelvis.

Jeff is doing well. At the present time, there appears to be no permanent damage. He will be on a blood thinner for six months to dissolve the blood clot that remains in his carotid artery. Continued prayers would be appreciated.

In Him,
Jenny and Freida