“Just then a woman who had been subject to bleeding for twelve years came up behind Him and touched the edge of His cloak. She said to herself, ‘If I only touch His cloak, I will be healed.’ Jesus turned and saw her, ‘Take heart, daughter,’ He said, ‘your faith has healed you.’ And the woman was healed from that moment”
Matthew 9:20 (NIV)

For ten years I volunteered and worked internship hours in a domestic violence shelter. Some of my responsibilities included developing and facilitating women’s and children’s therapy groups.

One evening during group, the women were relating the pain and hopelessness of a life of abuse. One lady looked toward me and stated, ” You must think we are pathetic…the way we have ended up in this situation and can’t seem to find our way out.”

The statement initially stunned me, however, I didn’t have to think about my answer. “Frankly, I see this group of women as some of the most courageous of any I have ever met.” 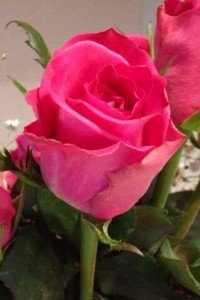 Statistically, the chances are greater that women will become severely injured or lose their life when they attempt to flee from their abuser.

Every woman in that room was aware of the harsh reality, yet they had the courage to reach out and try to escape. They were never sure if the individuals they cried out to would believe them, let alone help them.

When Jesus healed the woman afflicted with years of bleeding, he did not care that she was considered an outcast  to the world. He saw her faith, referred to  her as daughter, and healed her. 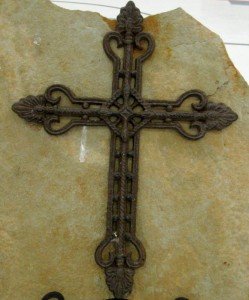 Women who live with domestic violence need reminders that they have personal value and are worthy of respect. In each scenario, reaching out demonstrated great courage, allowing the healing process to begin.

Precious Father God, we recognize that you are the Master healer. Thank you Lord for your infinite love and the compassion that is evident in your written word. Our prayer is that you give us guidance, wisdom, and the resources to spread the love and hope only you can provide. In your most Holy name we pray. Amen